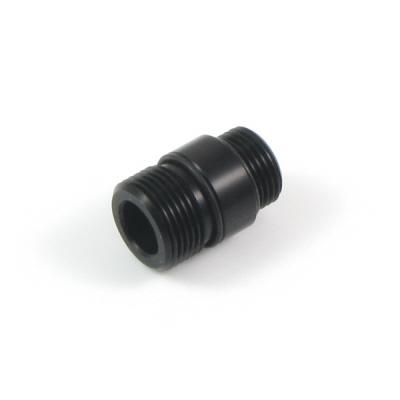 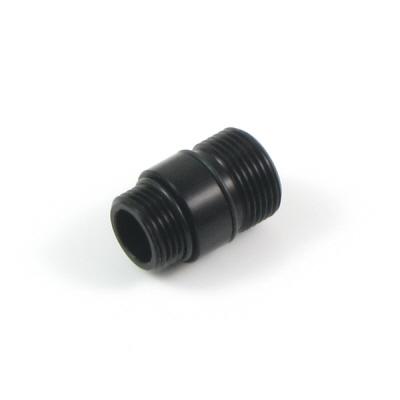 This adapter is suitable for the Novritsch SSP1, Army Armament GBBs such as the R27 & R32, some Bell GBBs, G&G UMG and others with 12mm CCW internally threaded barrels. Not suitable for Nuprol Raven or KWC GBBs, it is recommended that you check the thread size and direction before ordering or ask which adapter you need if you are unsure.

Each adapter is fully CNC machined in a single operation from 6026 T9 aircraft grade aluminium with smooth machine cut threads that won't chew up the internal barrel threads and features 6mm of spacing between the threads to reduce the risk of the recoil spring guide hitting the suppressor during use.

Designed & manufactured in the United Kingdom by Lees Precision Engineering.